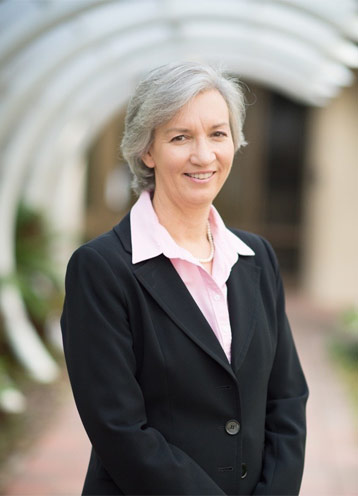 Dr Jones graduated in Medicine from the University of Western Australia (UWA) in 1989. After training in Perth teaching hospitals, she obtained her Fellowship in General Surgery from the Royal Australasian College of Surgeons (FRACS) in 1998. Dr Jones was the first woman born and raised in WA to undertake and complete a surgical fellowship (She was born at St John of God Mt Lawley Hospital).

In late 1999 Dr Jones travelled to the United Kingdom and undertook post-fellowship training in breast and endocrine surgery. This included NHS positions in Glasgow, Scotland, and Sheffield, and Boston in England. During 2004 she undertook a 12-month Endocrine Surgery Fellowship in Poitiers, France. She returned to Boston, England as Director of the Breast Service at the Pilgrim Hospital, and she established a successful Thyroid and Parathyroid Service.

Dr Jones received the Fellowship of the Royal College of Surgeons of England in 2004.

Dr Jones arrived back in Perth in 2008 and worked as a consultant General and Breast Surgeon at Sir Charles Gairdner Hospital from 2008 to 2009. Since 2009 she has been a Director on the Board of Breast Cancer Care WA.