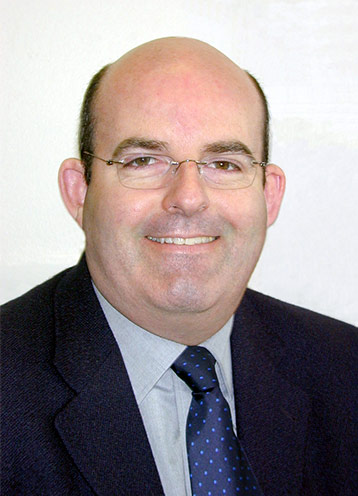 Dr. Bill Fleming
I am an Endocrine and General Surgeon at Epworth Freemasons Hospital, Western Health (Footscray) and Austin Health (Heidelberg), specialising in endocrine surgery, particularly in minimally invasive thyroid, parathyroid and adrenal surgery. I am the Head of the Western Health Endocrine Surgery Unit, based at Footscray, which is the largest unit in Melbourne for thyroid, parathyroid and adrenal surgery.
I am a Fellow of the Royal Australasian College of Surgeons (FRACS), a Fellow of the Royal College of Surgeons in England (FRCS), and a Full Member of Australian & New Zealand Endocrine Surgeons (AES).
Endocrine surgeons like me work closely with their medical colleagues (endocrinologists) who are often the doctors who will be responsible for both the initial diagnosis and investigation of endocrine disorders. Endocrinologists may also be involved in long term follow up after endocrine surgery.
I also work in a multidisciplinary team with nuclear medicine physicians, radiologists, pathologists, geneticists and anaesthetists, in order to provide the best care for my patients.
My main private practice is located at Suite 112 in the Freemasons Day Procedure Centre, located at 320 Victoria Parade, East Melbourne (Fig. 1), but I also see patients at my Footscray and Werribee consulting rooms. I undertake private operations at Epworth Freemasons Hospital in East Melbourne, as well as at the Western and Austin Hospitals.
I trained in Melbourne at the Royal Melbourne Hospital, qualifying in 1982 and gaining the Fellowship of the Royal Australasian College of Surgeons in 1991. I moved to London in 1992 to continue my postgraduate training, specialising in endocrine and pancreatic surgery.
My training in endocrine surgery began at the Kings College Hospital, before I moved to the Hammersmith Hospital, as Senior Registrar to Mr John Lynn and Professor Robin Williamson during 1993 and 1994. I continued my postgraduate training in 1995 as Senior Registrar to Professor Sir Roy Calne at Addenbrookes Hospital in Cambridge, before returning to Melbourne.
In August 1995 I was appointed as a Consultant Surgeon to the Austin Hospital, and Senior Lecturer in the University of Melbourne Department of Surgery, specialising in pancreatic and endocrine surgery. In 2002 I was appointed the Director of General Surgery at the Austin Hospital, responsible for 57 surgeons and junior staff, and helped to establish the Endocrine Surgery Unit. I became a member of the Court of Examiners for the Fellowship of the Royal Australasian College of Surgeons (FRACS) in 2003.
I was invited to return to London as a consultant surgeon in September 2004, commencing practice in endocrine surgery at the Hammersmith (the largest endocrine surgery unit in the UK) and Cromwell Hospitals. I was appointed Honorary Senior Lecturer at Imperial College School of Medicine in 2005, and in the same year was awarded the Fellowship of the Royal College of Surgeons in England. After 4 years in the UK I returned to Melbourne to continue practice in endocrine and general surgery. I was appointed Head of the Endocrine Surgery Unit at Western Health in Footscray in 2011. I was a member of the Court of Examiners for the FRACS from 2010-2019, finishing as the Deputy Senior Examiner.
Qualifications