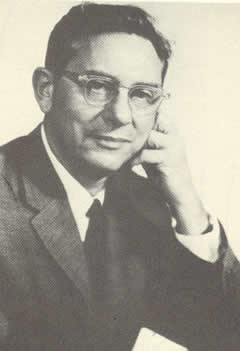 Jerome Conn’s belief that adrenal adenomas are a common surgically correctable cause of “essential hypertension” may yet be proven correct. In 1954, two years after the discovery of aldosterone, Jerome Conn from Ann Arbor, Michigan, described the syndrome of primary aldosteronism. The first patient was a woman of 34 years who had intermittent tetany, paraesthesia, periodic muscular weakness and paralysis, polyuria, polydispsia, and mild hypertension, but no oedema. Laboratory tests showed severe hypokalaemic alkalosis, hypernatraemia, im-paired renal tubular absorption of water, and an excess of aldosterone in the utine. Conn considered that total adrenalectomy, followed by substitution therapy, should abolish the metabolic abnormality and William Baum, a urologist, operated on December 14th, 1954. He found a cortical adenoma on the right and removed the whole gland, taking a biopsy from the left. The tumour was round, 4cm in diameter, 14.8 g in weight and deep yellow on its cut surface. Microscopy showed an encapsulated cortical adenoma and atrophy of the zona glomerulosa in the other gland. The tumour contained much aldosterone. All the symptoms were relieved, the metabolic abnormalities were corrected in ten days, and the blood pressure fell to normal in eighteen days. Within six weeks of the first report, four other patients with primary aldosteronism were found elsewhere, and three were cured by removal of adenomas. This led Conn to advise that the electrolytes should be measured in hypertensive patients and, if hypokalaemic alkalosis were present, the adrenal glands should be explored surgically. Conn predicted that up to 20% of hypertensive patients may have adrenal adenomas, and thus be potentially cured of their disorder by surgery. Such a figure was never realised in his lifetime with most series reporting less than a 1% incidence of Conn’s tumours in hypertensive populations. However, in recent years, primary screening of normokalaemic hypertensive pop-ulations with plasma renin-aldosterone ratio, has shown that possibly 10% may have an aldosterone secreting adenoma - Jerome Conn may yet be proven right.