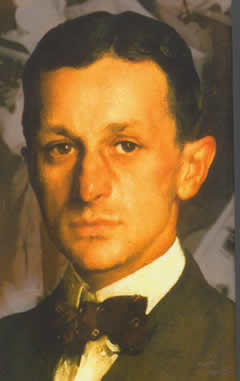 Michael Bliss, historian from the University of Toronto, delivered an address at the recent AAES meeting in New York describing the interaction between Harvey Cushing, a surgeon, and the Endocrine Society which had just elected him one of its first presidents. Cushing was scathing about the budding specialty of endocrinology, regarding many of its members as charlatans who practiced “endo-criminology:” In 1920 Cushing was elected president of the Society for the Study of Internal Secretions (later to become the Endocrine Society) without his knowledge at a meeting he did not attend of a society dedicated to a discipline that he believed was mostly “poppycock” and for which he coined the term “endo-criminology”. He was well aware that much of what passed for “glandular therapy” was the old scam of peddling replacements for vital fluids. He only agreed to serve because of his ongoing pituitary interest, out of a sense of duty and to help suppress quacks. His 1921 Presidential address at the society’s Boston meeting room began with a beautiful image of the state of the field: “We find ourselves embarked on the fog-bound and poorly charted sea of endocrinology”. The bulk of his talk, an update on the pituitary, was devoted to outlining how little was known, how little clinical progress had been made, the uselessness of giving patients pituitary extract – “The Lewis Carroll of today would have Alice nibble from a pituitary mushroom in her left hand and a lutein one in her right and presto! She is any height desired”- and how wrong it was for a credulous profession to tolerate “polypharmaceutical charlatanism”. He further stated that “This society must discountenance the exploitation of the few discoveries which have already been made by those who recklessly under full sail plow through a fog bank of therapeutics, their horns tooting” The audience knew he was attacking the Endocrine Society’s founder, first secretary, and greatest enthusiast, a Californian half-quack named Henry Harrower who had a major mail-order business selling every kind of glandular extract.