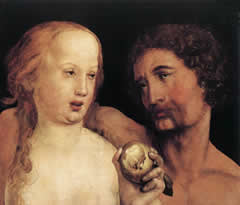 Orlo Clark delivered the Historical Lecture entitled “Remarkables: endocrine abnormalities in art” at the recent IAES meeting in Montreal during International Surgical Week and is shortly to publish his book of the same title. It is well known that artists often truly depict anatomical realities associated with disease, including those depicting endocrine disorders. In his lecture Orlo Clark examined the aesthetic, social, cultural, spiritual and historical context in which these depictions take place. Such abnormalities are generally referred to in the art literature as “Remarkables”, “Freakers”, or “Monsters” with the relevant abnormality faithfully portrayed by an often unknowing artist. This has been recognised for many years, indeed there are a number of medical school nowadays which incorporate art appreciation into the curriculum based on evidence that art is an effective technique to train doctors eyes to assess physical features in of the human form. Perhaps the commonest endocrine abnormality depicted in art is that of a goitre. For example many artists have chose models with diffuse goitres to depict the Madonna, perhaps because such a smooth swelling was seen as a thing of beauty. In early days the thyroid was considered to act as a “cushion” smoothing and filling out the contours of the neck between the carotid vessels and trachea. Holbein’s Adam and Eve shows such a diffuse goitre in Eve whilst Adam has a nodular goitre. The difficulty in differentiating between a “fat neck” and a true goitre was achieved by examining various paintings by the same painter using the same model but from different aspects. Of course many other endocrine disorders, such as pituitary disease, can be recognised in art. Dwarfism was commonly portrayed in Renaissance paintings with a number clearly recognisable as due to pituitary deficiency. Such dwarfs were generally in the foreground and associated with animals, giving an idea of their place in society. On the other hand gigantism can be seen in van Oost’s “David Bearing the Head of Goliath” and acromegaly can be seen in Serusier’s “House ou la Seratus Bretone??” Addison’s Disease is apparent in Raphael’s “Fire in the Borgo”, demonstrating obvious weakness and palmar crease pigmentation.