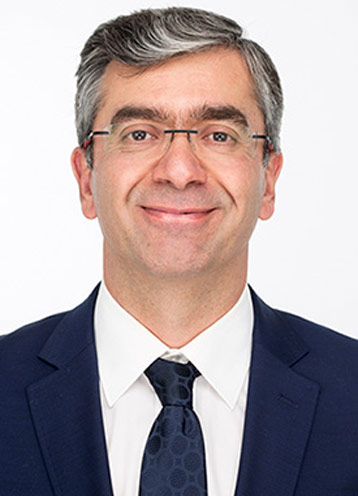 Dr. Saud Hamza
Saud is a senior clinical lecturer at the University of Western Australia and a consultant Breast / General Surgeon at Fiona Stanley Fremantle Hospital Group, St John of GOD Murdoch Hospital and Peel Health Campus.
Saud specializes in Breast / Thyroid and General Surgery surgical conditions.
After completion of his primary medical degree in 1991, Saud completed a Board in General surgery in 2000 and the Membership of the Royal College of Surgeons of Ireland (MRCSI) in 2002.
Saud did win the American Society of Clinical Oncology (ASCO) grant for a funded training at the European Institute of Oncology in Milan – Italy on the technique of Sentinel Lymph Node Biopsy & Axillary Mapping in Early Breast Cancer in 2005 where he mastered this technique and fulfilled his clinical project requirements after which Saud was granted the International Transfer of Cancer Research and Clinical Technology (UICC ICRETT) fellowship.
Saud had an advanced subspecialty training in the Breast / Endocrine and General Surgery at the Sir Charles Gairdner hospital in 2008 and Fremantle Hospital in 2009 – both in Perth and the Mater Adult hospital in Brisbane in 2010 after which Saud was granted the Fellowship of the Royal Australasian College of Surgeons (FRACS) after successfully passing the fellowship exams in 2010.
Saud is a founding member of the Australasian Breast Surgeons Foundation (BreastSurgANZ), a member of the Australian Society of Breast diseases (ASBD), The Australian & New Zealand Endocrine Surgeons Association (AES), the International Association of Endocrine Surgeons (IAES) and the General Surgeons Australia (GSA). Recently, Saud did start the position of the WA representative at the National Breast Cancer Audit at the Breast Surgeons Foundation.